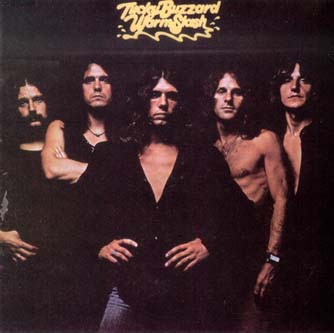 This hard rock outfit was most famous for having been produced by Bill Wyman. Brown, Graham and Taylor had all previously been in The End. One of Tucky Buzzard's finest moments was 'Bo-Bo's Hampton' on Buzzard, which mellows in the middle and ends with some good guitar work. Elsewhere on the same album there's some Southern USA influence on 'Hanging On In There' and some good rock'n'roll with brass arrangements on 'Super Boy Rock'n'Roller 73'.

Taken from The Tapestry of Delights - The Comprehensive Guide to British Music of the Beat, R&B, Psychedelic and Progressive Eras 1963-1976, Vernon Joynson
ISBN 1 899855 04 1

Back to Alex's Home Page